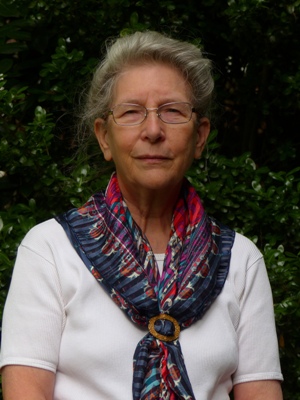 “It’s a continual source of amazement and amusement,” says author Sura Jeselsohn. But at this particular moment, she’s not talking about plants, flowers, prehistoric rock formations, or even the notion of “deep time,” where one refers to time in terms of millions and billions of years. No, Jeselsohn is talking about how positively New Yorkers have responded to her column, “Green Scene,” published weekly in the Riverdale Press, the same column that’s spawned hundreds of essays, the very best of which have been collected in Jeselsohn’s first book, A Habit of Seeing. Within its pages, Jeselsohn’s botanical wanderlust collides joyfully with science, paleontology, and her warm and frank voice as she explores not only the natural world in her travels, but also the mysteries that we take so much for granted close to home. Mysteries that, in some cases, were formed millions of years ago or, in others, we observe growing, slumbering, and awakening over the course of each season in our own backyards. Jeselsohn, who graduated with a Master of Science from NYU with an eye on a career in biomedical research before focusing on her family, now spends her retirement exploring her home and our planet.

With eager, curious eyes, she focuses on the things so many of us have stopped noticing. A Habit of Seeing, it turns out, isn’t just a collection of essays for gardeners and paleontology buffs. In what Kirkus Reviews calls a “lucidly informative tour of the natural world’s astonishing complexity, cheerfully conveyed,” Jeselsohn’s book is something of a philosophical ramble through our planet’s varied and fascinating ecosystems and history. And in order to share her wonder, all you have to do is look. “It’s not that I see more,” says Jeselsohn thoughtfully from her home in Riverdale, New York. “It’s that I think I somehow register more, because I know when I walk with people —let’s say we’re hiking or something like that —and I’ll say, ‘Wow, look at that.’ And they’ll look and be, like, ‘Huh?’ And this goes on all the time….It can be very distracting, you understand. But it means I’m a little bit all over the place in terms of what I see and interact with, as well as what I’m interested in.” With her book now in the library collections of the New York Botanical Garden and the National Museum of American History, Jeselsohn is finally able to share her writing beyond her neighborhood.

Her science background and voracious love of learning seem to meld almost seamlessly with what can only be described as a poet’s soul and appreciation for beauty beyond a fleeting thought or moment. Look closer, her essays seem to whisper. Really see it from a fresh perspective. But Jeselsohn doesn’t just want you to see the natural world around us and even beneath our feet. She wants us to interact with it and to move through a world imbued with all of our available senses. “Sometimes you have to be a little careful about being adventuresome,” she admits, adding that not every plant should be touched (for example, poison ivy). “But a lot of things have a scent, and you’ll see a lot of gardeners walk around and touch things. First of all, just to touch it and see what texture it is. But also many things are scented…. So for me…it’s a very strong interaction between texture and scents.” And that awareness and appreciation of fragrance has often sent Jeselsohn in search of particular plants and blooms, such as when she and her husband were enjoying the Royal Botanic Gardens in Kew, Richmond, United Kingdom, and she encountered something that smelled simply incredible. Finding it, however, was another matter. “We were in the tropical conservatory, and my husband and I were—well, we go at different paces. People who are not as interested as I am will just walk though. ‘It’s very nice, I saw that, I saw that.’ ” Jeselsohn laughs, adding that people often run out of patience with her when she’s in her element. “And all of a sudden, there’s this fabulous scent. I mean, fabulous. Now, when you have eighteen different plants with flowers, which one is it?”

She describes this botanical encounter in A Habit of Seeing: It always amazes me that plants, which presumably have no aesthetic sense—or do they?—have flowers of such extraordinary structural complexity and surprising coloration….As I was walking down a particular aisle, the most extraordinary floral scent practically overpowered me. I retraced my steps several times in an effort to locate the responsible plant. As you know, your scent receptors wear out rapidly for a given scent, so it took several passes, with me sniffing each set of flowers, before I zeroed in on the right plant. It turned out that it has the unpronounceable name Hedychium flavescens (hedi-kiyum fla-ves-ens) and is a member of the ginger family (Zingiberaceae). It is known colloquially as the cream garland-lily, yellow ginger, or cream ginger. I decided then and there that I had to have one.

There is the sense that Jeselsohn’s love of the natural world goes beyond just simple appreciation and environmentalism. It’s a means for readers to not just understand the existence of these wonders, but to place them in context of the history of our planet and life itself. Because for Jeselsohn, thinking of life in terms of “deep time” isn’t just context and scope, but a means of moving through the world and appreciating it for all its wonder and variation. “I find something very comforting about it. Most people seem to find it terrifying,” she says. After all, Jeselsohn points out, in the cosmological sense, our planet isn’t immortal. “Human life span is so short compared to the—I think of it as the majesty of progression, maybe. And that doesn’t necessarily mean complexity. Just the option of all this time to work out the destiny of this planet. I mean, talk about waxing philosophical! But to me, I’m someplace between evolution and cosmology.”